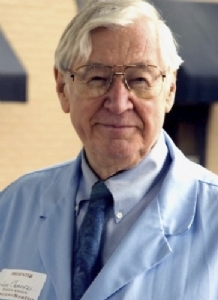 James William Craven ("Jim") was born October 17, 1931, in Ann Arbor, Michigan, and passed away there at his home on September 17, 2020. Jim was the younger son of George and Elsie Craven, who had emigrated from Yorkshire, England, in 1920. Jim grew up in Ann Arbor and graduated from Ann Arbor High School in 1949. Upon graduation Jim entered into an apprenticeship at the University of Michigan Bindery, then under the supervision of his father, a trained fine bookbinder. In March of 1951, facing the possibility of being drafted to fight in the Korean War, Jim and two of his best friends decided that it would be preferable to enlist in the Army. In doing so, Jim followed a family tradition: his father and his older brother, Jack, were distinguished soldiers in World War I and World War II, respectively. Jim served a six-month tour in Korea with the 96th Ordinance Company, followed by six months' service in Japan. He received the Korean Service Medal, the United Nations Service medal, the National Defense Service Medal and the Japanese Occupation Medal. In March of 1954, Jim was honorably discharged at the rank of Sergeant.