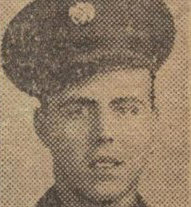 Carl Henry Wagner, age 101, of Ann Arbor, MI passed away on Wednesday, October 7, 2020. Carl was born August 1, 1919 in Northfield Twp., MI and lived his entire life in Washtenaw County. He married Ruth Raab on January 9, 1942 and they were together for 64 years until her passing on October 9, 2006. Carl was a WWII veteran participating in the Buna, New Guinea offensive and saw action as a machine gunner. He was an avid fisherman, spending many days with his numerous fishing buddies on the lakes of Michigan. Nothing made him smile more than a big bluegill on the end of a cane pole. Carl is survived by his two children, Linda (James) Baar of Parker, Colorado and Dan (Linda) Wagner of Milan, MI; four grandchildren, six great grandchildren and several nieces and nephews. Graveside services were held on October 8, 2020 with burial beside his beloved Ruth at Bethlehem Cemetery in Ann Arbor, MI. Those desiring may make memorial contributions to Arbor Hospice in his name.
Carl was a member of Ann Arbor VFW Post 423 for over 75 years!