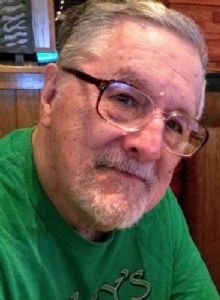 James Elmo Kerley, 89, of Ann Arbor, was born April 13, 1931 in California and died October 21, 2020 at the University of Michigan hospital after a brief illness. He joined the United States Marine Corps shortly after high school where on a blind date, he met and subsequently married the love of his life, fellow Marine, Theresa (Poggenpohl). Dad and "Bunny" were married for 40 years until her death.
James loved the Marine Corps, serving over 20 years, as a Drilling Instructor and later as a language translator in Arabic and Vietnamese. As a young Marine, he served in Japan where he converted to Catholicism and began his love of Christ. He also saw duty in both the Korean Conflict and Vietnam, before retiring as a Gunnery Sergeant in 1969